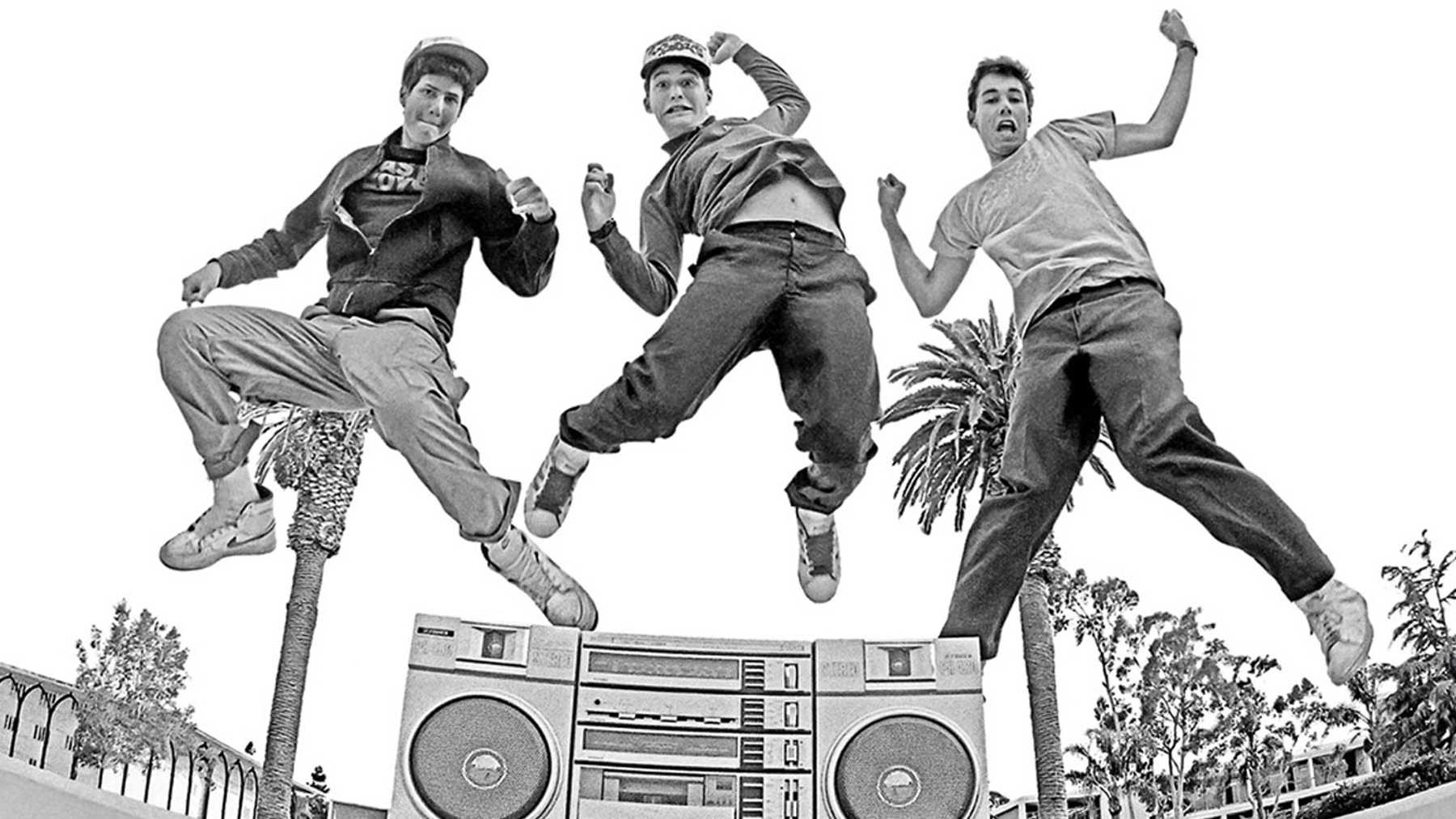 In 2018 and 2019, the Beastie Boys’ surviving members, Adam Horovitz and Michael Diamond, went on a storytelling tour, leading audiences through the history of the band, and their extreme highs and lows. This is an edited version of the final Brooklyn show, filmed by long-time cohort Spike Jonze.

The Beastie Boys, they once told us, have got more stories than J.D.’s got Salinger, a lyric that sounds like it might make sense, but doesn’t at all. The same can be said of the Beastie Boys — an almost impossible band, three white rappers who started off in punk, accidentally became frat superstars, then reinvented themselves as an uncategorisable hybrid with no boundaries. Nothing made sense — as they recount in this film, for some time they were managed by Kenny Rogers’ manager, because they thought that was funny — but if you were a fan, they made more sense than anyone. In this document of the stage show, directed by Spike Jonze, they explain how it all happened. And they certainly have stories.

This is no more and no less than that show, Horovitz and Diamond standing on stage telling tales, montages bringing it all to life. They shoot through the fundamentals — how they stumbled into hip-hop before getting lost in a hall of mirrors, becoming people they weren’t, people they despised, then finding their voice, again and again and again: always changing, always evolving, but always unmistakably them. They take responsibility (albeit briefly) for some regrettable youthful episodes — firing their female drummer because she didn’t fit with their image, writing misogynistic lyrics for a laugh, ending their early shows with a huge inflatable penis. There are grievances and betrayals. And then humility, rebirth, and compassion.

There are jokes, there are wild stories and there is incredible music — but above all there is heart.
Reference links: https://solarmovie.mom/solarmovie-genre/psychological/

In a way, the whole thing feels like a tribute to Adam Yauch, the driving force behind the band, the explorer, the pioneer, the shapeshifter who was lost to cancer in 2012. His absence  is addressed from the start, and you feel him throughout. There’s a segment towards the end where Horovitz can’t bring himself to keep talking — pausing a few times to collect himself, to not completely break down — and you sense that he’s not just mourning his friend, but that he’s overwhelmed by all of it. By the whole journey.

Ultimately the film is about time. What that does to us. How we contend with it. What we do with it. You feel for the band, but for your own life too, for your friends, your non-biological families — the families you choose. It’s about love and loss, growing, learning, maturing — and having a shitload of fun. That’s the film’s big magic trick. It’s about three white rappers from New York City. But — especially, maybe, if you came of age alongside them — you see yourself in it, reflected in it, inspired by it. And that’s priceless.